In 1927, Herbert Wuesthoff purchased the 160 acres of farmland that is now Gazebo Hill. At the time of his purchase, the property was comprised of two separate farms, with homesteads, barns, and other structures on both the western edge and northeast corner of the property (the latter of which still remains today). Herbert later added another 6 acres along the northern edge of the property, bringing the total acreage to 166.

When the Wuesthoff family moved out of the city of Milwaukee, they had little experience with farming; however, this did not prevent them from taking on the challenge. In addition to crops, the family tended to a herd of Golden Guernsey dairy cows (24 at its peak). They also utilized the property for other endeavors, including a children's camp during the 1930s.

At the time they purchased the property, the land surrounding the Wuesthoff family farm was largely comprised of other farms. There was also a large gravel mining operation to the south, the pit for which is now the lake within the Lac du Cours neighborhood. However, by the 1980s, much of this land had been sold and converted into subdivisions and country clubs. In the late 1980s, the Wuesthoff family was approached by developer Sal Palmisano with an offer to buy the land. The family accepted Sal's offer and the development of the Gazebo Hill subdivision quickly got underway. The first homes, including that for Sal himself, were constructed during 1990.

Images:
(1) The Wuesthoff family farm during the late 1980s, prior to the development of the Gazebo Hill subdivision
(2) Sign for Patchwork Farms, located at the southeast corner of initial Wuesthoff farm. Members of the Wuesthoff family continue to reside on the land today. 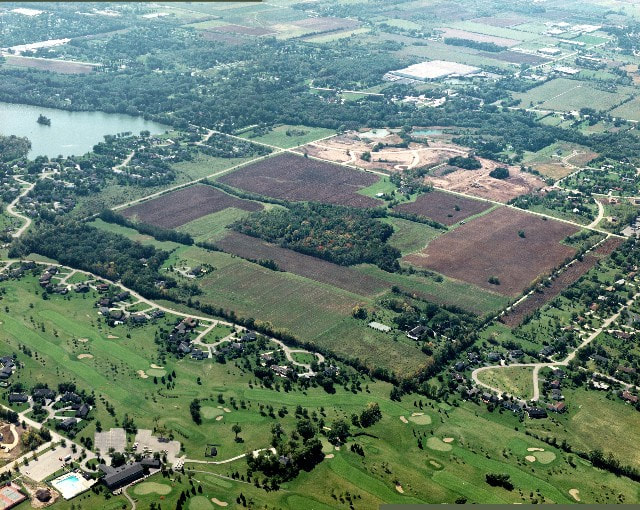 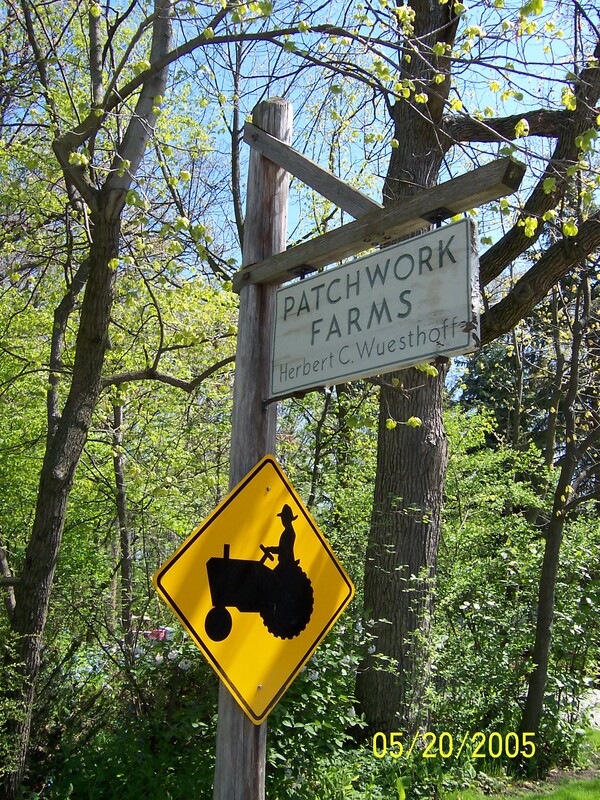